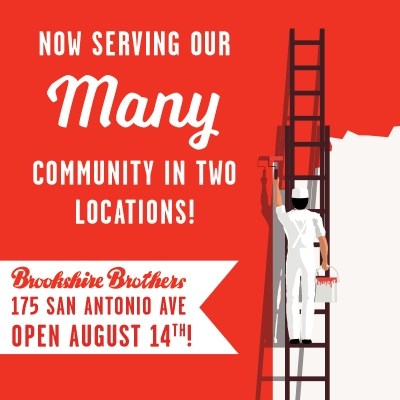 Lufkin, TX (July 24, 2019) – Brookshire Brothers is expanding its presence in Western Louisiana with the acquisition of a second location in Many. In making the announcement, company Vice President of Retail Operations Luke Gustafson says, “We are very grateful and excited to have the opportunity to serve Many in a wider capacity.  With the Market Basket acquisition, we inherit its greatest asset, amazing partners some of whom have been with the store since it first opened in Many in 1982.”
Brookshire Brothers, based in Lufkin, Texas, will keep its location at 223 S. Elizabeth Street in Many and its new store, formerly Market Basket, at 175 San Antonio Avenue.  Brookshire Brothers expects the Market Basket purchase to be complete by the end of July. It will spend about two weeks in transition before opening as Brookshire Brothers in mid-August.
Brookshire Brothers brings its signature hot deli and fresh offerings to its new location as well as certified meat cutters who make specialty cuts for their customers.  Brookshire Brothers is a company of 5500 employee owners who are known for their personal service and commitment to the communities they serve.
For more company information, view other recent press releases.
Tags
Press Release
company
news
new feature
MANY