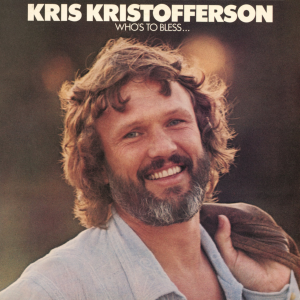 If you could hire any actor to play you in a movie, who would it be?
A young Kris Kristofferson would be nice if time travel is allowed.
What advice would you give to your younger self?
Start having kids earlier and don't go looking for happiness in others.
What nickname does your wife have for you?
No nicknames that I can say in public. A good day is a day she doesn't use any other nickname than "babe."
What’s the farthest place you’ve traveled?
I grew up in Germany and traveled around Europe a lot as a kid.
What is your go-to guy movie? 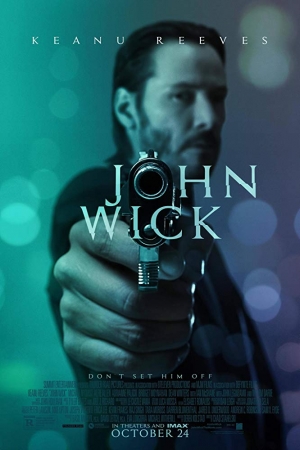 John Wick is a perfect movie, and I guess it's a guy movie.
If you were President for the day, what would you do?
Find out the truth about the alien conspiracy stuff.
Choose one song as your life’s theme song.
Probably "Making It Up" from my last album Blood and Bones.
Your car is on fire. What is the one thing you would save?
Nothing, unless my kids are in the car.
What is your favorite midnight snack?
Ben and Jerry's Cherry Garcia ice cream.
Nike or Under Armor?
NIKE 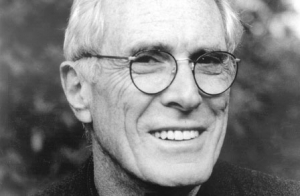 If you could have dinner with 3 people (dead or alive), who would they be?
Jesus, Mark Strand (favorite poet), and Elvis.
Do you have an irrational fear of any creature?
I don't like mice or rats.
Favorite words of wisdom?
If someone starts with "I'm not going to lie to you," they're definitely going to lie to you.

What actor would you ask to narrate your life?
Jon Hamm
What super-power would you like to have?
Invisibility. I like the idea of being able to listen in on what people are saying sometimes.
Golf or football?
FOOTBALL
Dream teams you would want to play each other in the Super Bowl?
85' Bears vs. 92' Cowboys
Mexican food or BBQ?
BBQ
If you could be any animal in the world, what would you be?
Rachael Ray's dog.
How much of your success is due to hard work/skill and how much to luck?
100% hard work—unless you take into consideration how handsome I am, then 100% good luck. :) 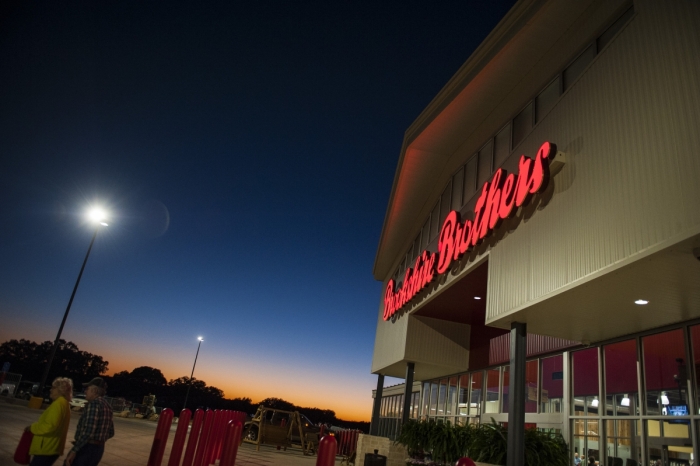 Instead of driving out to the Comal County Tax Office, motorists will now have the chance to conveniently renew their vehicle registration while shopping for groceries. All motorists need is proof of auto insurance and verification that the car safety inspection is current prior to renewing the registration.
Tax Assessor-Collector Cathy C. Talcott says, “Because Comal County covers such a large territory, I was delighted when Brookshire Brothers eagerly accepted our offer to bring this service to fruition.  The only location in the Canyon Lake area has been the Tax Office branch in Sattler, so the FM 306 location in the western part of the county is a great benefit to our tax payers.”
Brookshire Brothers, located at 18275 FM 306, has been working with the Tax Office for several months to provide this service at the Canyon Lake store. Brookshire Brothers will process the renewals at the Customer Service desk from 8:00 AM to 8:00 PM, seven days a week.  This gives customers more flexibility since the County’s vehicle registration hours are Monday through Friday from 8:00 AM to 4:30 PM.
Those wishing to renew their vehicle registrations must do so within the five grace days of expiration.  If expired five days after the deadline, they will need to visit their County Tax Office.  Customers must bring with them the renewal notice they received in the mail, as well as proof of insurance, and must be sure their vehicle has been inspected within 90 days of the expiration date.
For more company information, view other recent press releases.
POSTED BY Sally Alvis - Director of Marketing and Public Relations
TAGS: Press Release, company, news, new feature, vehicle registration, Canyon Lake
CATEGORIES: Newsroom
More Good Things to Come

Brookshire Brothers gets a warm Hill Country welcome from the folks in and around Canyon Lake.  The community showed up in big numbers Wednesday, February 3rd for the store’s soft opening. The Lufkin-based company has opened its 34,000 square foot grocery store on FM 306 and the Marina Road, bringing aisles of fresh options, prepared foods and extensive wine and beer offerings to the region. On Wednesday, the 10th, the entire community is invited to help cut the ribbon, hear the high school band, register for prizes and sample some fabulous foods at the official kick off to a month of Grand Opening festivities.

From sushi, hand-rolled daily, to the Daily Delish featuring the best fried chicken in town – Brookshire Brothers is known for its extensive deli, bakery and hot meal options. The produce department is also extensive featuring a wide array of organics and Texas-grown fruits and vegetables.

The store is green and clean – featuring dark sky compliant lighting, reclaimed wood fixtures, and daylight harvesting. The store’s Canyon Lake Café has a piece of the Canyon Lake High School gym’s sideline hanging on the wall as well as a rotating exhibit of student and community art. Healthy happens at the Pharmacy with immunizations, medication consultations, health screenings and a convenient drive through.

A Growler bar on site will serve Texas craft beer on tap. Wine by the glass will also be available with happy hour specials and featured wine and beer samplings. The Canyon Lake Café Patio and Outdoor Garten will feature musicians, storytellers and singers throughout the weeks of the grand opening. This spring and summer it’s expected to be a gathering place for the community.

In addition to the store, there’s a convenience store on site with fuel, grab and go foods and beverages. It’s positioned on the way to the marina, for the ease of residents and visitors on the way to the lake.

Everyone’s invited to ‘Sign Up to Celebrate!’  - that’s Brookshire Brothers loyalty program that delivers exclusive offers and coupons into your inbox. CELEBRATE members are eligible to win extra prizes during the store’s Grand Opening activities on February 10th. Sign up online at www.brookshirebrothers.com.

Founded in 1921, Brookshire Brothers is 100% employee-owned. Its assets include 111 retail outlets incorporating grocery stores, convenience stores, as well as free standing pharmacy, tobacco and petro locations with another location opening in Grapeland, Texas this summer. Its market stretches east to Lake Charles, Louisiana, west to Canyon Lake, north to Whitesboro, Texas, and south to Ganado, Texas. For more information about Brookshire Brothers and its family of brands please visit www.brookshirebrothers.com.

Good things come to those who wait! That’s exactly what Brookshire Brothers will show its Canyon Lake neighbors in early February.  The Lufkinbased grocer’s newest location is set to open the first week of February with a Chamber Ribbon Cutting and Grand Opening set for February 10th. But shoppers don’t have to wait until February to try out Brookshire Brothers. A companion convenience store opened January 20th at the corner of FM 306 and Canyon Park Road. In addition to fuel, it will have a wide variety of grab and go favorites – perfect for a trip to the lake or river.

Folks who stop by the new CStore are invited to ‘Sign Up to Celebrate!’ That’s Brookshire Brothers loyalty program that delivers coupons and offers into your inbox. Flyers explaining the program and how to sign up can be picked up at the CStore. Folks registered for Celebrate! can win extra prizes during the grocery store’s Grand Opening activities on February 10th. Sign up online at www.brookshirebrothers.com

When it opens, the 34,000 square foot grocery store will emphasize both fresh and fun – it features everything from hand rolled Sushi made daily in the store to a Growler Bar that offers Texas Craft beer.  Brookshire Brothers’ Deli showcases the best fried chicken in town, plus weekly and daily lunch and dinner specials in The Daily Delish. Butchers on site will cut your meat to your specifications and our full service Pharmacy will feature a drive thru, immunizations and prescription consultations.  The extensive produce department will engage shoppers as soon as they walk in with its healthy array of organics, seasonal favorites and Texas grown fruits and vegetables.

As good stewards of the environment, the Canyon Lake store features the latest in sustainability – including daylight harvesting. All of the lighting is highly efficient LED and all parking lot lighting is Dark Sky compliant. Customers will notice the recycled post oak on walls and coolers as well as on the produce orchard bins. Water retention barrels will catch rainwater falling off of the rooftop.

Celebrating the outdoors and natural beauty of the Hill Country greatly influenced the design.  It includes an outdoor venue suitable for live music, food and specialty beverages.

Founded in 1921, Brookshire Brothers is 100% employee-owned. Its assets include 111 retail outlets incorporating grocery stores, convenience stores, as well as free standing pharmacy, tobacco and petro locations with another location opening in Grapeland, Texas this summer.   Its market stretches east to Lake Charles, Louisiana, west to Canyon Lake, north to Whitesboro, Texas, and south to Ganado, Texas.  For more information about Brookshire Brothers and its family of brands please visit www.brookshirebrothers.com.