Skip to main content
Cooking with Kate: A Brief History of Gumbo

The word “gumbo” usually brings to mind spicy stew with rice and humid Louisiana nights. Gumbo has certainly gained notoriety as a Cajun food staple; but before making its way to the South, variations of the thick, okra-based stew originated in West Africa and the West Indies, where okra was commonly grown. The cooking methods for this okra stew were brought to southern Louisiana and other coastal regions by enslaved Africans in the 1700s, and slowly began to transform into the dish we know today – a fusion of ingredients and cooking methods from the different cultures that settled in Louisiana. Africans brought knowledge on how to cultivate rice and okra, which grows well in southern regions; German settlers were known for making sausage; African and French cooking often incorporated onions and bell peppers; local Native American tribes contributed an alternate thickener for the stew – ground sassafras root, called “filé powder;” and fishermen from the Canary Islands who supplied seafood from the Gulf of Mexico and used ground cayenne pepper to season their food.

Given that so many cultures contributed to the development of the dish, many variations of gumbo have been passed down through the years and recipes vary greatly. Some gumbos contain seafood, chicken, sausage or a combination of all three; some are thickened with okra, some with filé powder, and others with dark roux (a cooked flour and fat mixture that thickens and adds flavor). Determining the “best” recipe is a hot debate even today. 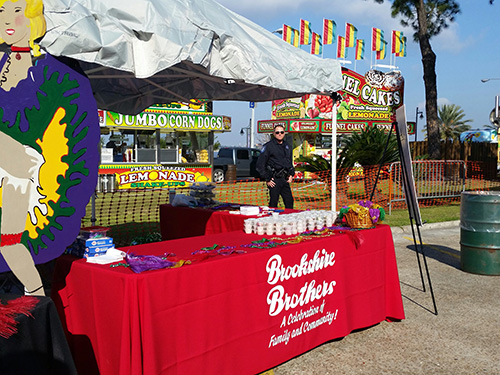 Brookshire Brothers C.E.O., Jerry Johnson, and his team, Roux La La, recently competed in a gumbo cook-off in Lake Charles, Louisiana, serving up Gumbo With a Kick!  The team dazzled the event put on by the Southwest Louisiana Mardi Gras Association, not only with their unique twist on gumbo, but also by their ability to “Laissez les bon temps rouler!”  Johnson and fellow chefs BJ and Jan Viet and Doug Spurlock chose chicken and sausage – cut and prepared at the Brookshire Brothers meat market in Sulphur. They also threw in some boudin.  Though they didn’t sweep the competition, their gumbo had a KICK!  In addition to the savory, they served something sweet – Brookshire Brothers King Cake – another South Louisiana favorite Brookshire Brothers bakes fresh daily during Carnival season in its Central Bakery. 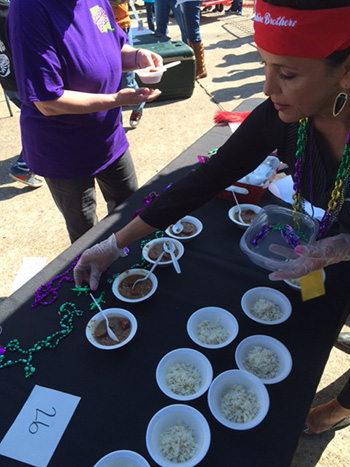 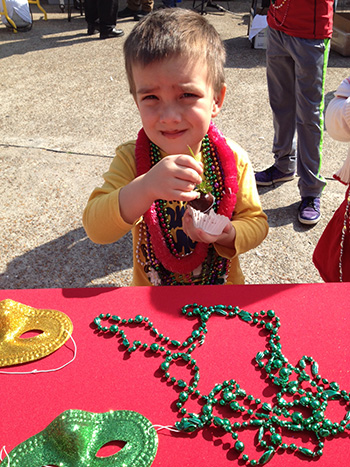 Regardless of the endless debates over the right and wrong ways to make gumbo and the numerous recipes claiming to be the “best,” one thing is for certain – the beloved and iconic Cajun dish that we know today as gumbo has a history as rich as the stew itself.