Posted on Friday, March 1, 2013
What do golf and giving have in common? More than you'd think according to Lufkin-based Brookshire Brothers. The company hosts two charity golf tournaments each year for its vendors and business associates. The entry fees and other funds raised at the tourneys go into the company's Charitable Foundation. Yesterday, that Foundation dispersed nearly $100,000 to seven non profits in its market area.
These helping entities will, in turn, use those funds to further their outreach to the children, the hurting, the hungry, the aging and the intellectually challenged residents they serve. Company President and Chief Executive Officer Jerry Johnson says, "It's a privilege for Brookshire Brothers to help these incredible organizations live out their mission. They know first hand the needs of those they serve. Providing this funding helps them do what they do well - even better."
This year's recipients include the American Cancer Society, Friends of the Ellen Trout Zoo, Harold's House (East Texas Alliance for Children), Boys and Girls Club of Deep East Texas, Alzheimer's Association's Houston/Southeast Texas and Capitol of Texas chapters, Volunteer Services Council of the Lufkin State Supported Living Center and Angelina Arts Alliance. Representatives from those organizations were honored yesterday at Brookshire Brother's corporate office in Lufkin. 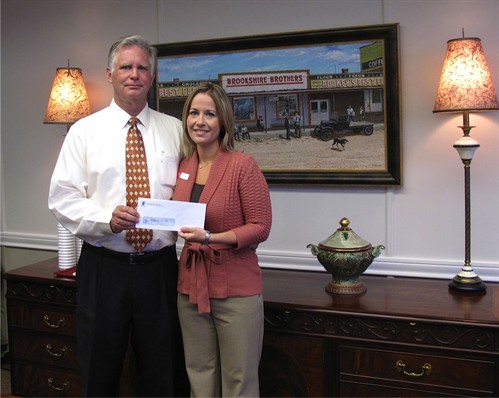 Brookshire Brothers recognizes the Alzheimers Association for serving its customers and employee-owners 54 of the counties in the grocer's market area. Jerry Johnson - President and CEO presents two checks from the Brookshire Brothers Charitable Foundation to Mandy Humes - representing both the Houston/Southeast Texas and Capital of Texas chapters of the Alzheimers Association. 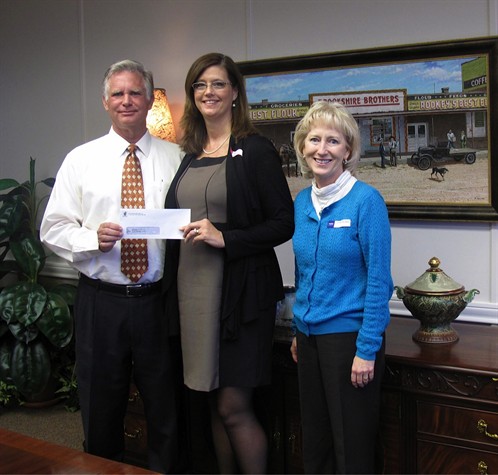 Harold's House - The East Texas Alliance for Children benefits from Brookshire Brothers generosity for its work with children who have been physically and sexually abused. Brookshire Brothers President and CEO Jerry Johnson presents a check from the company's Charitable Foundation to Executive Director Laura Squiers and Board President Debbie Brown. 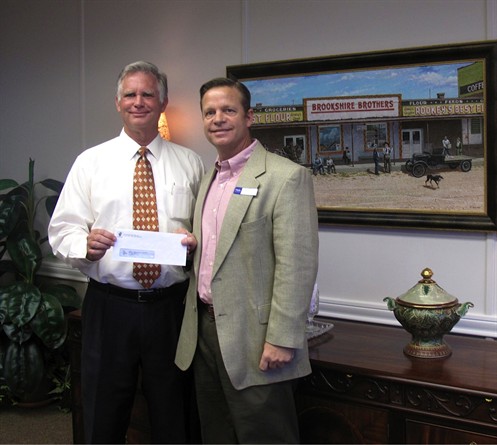 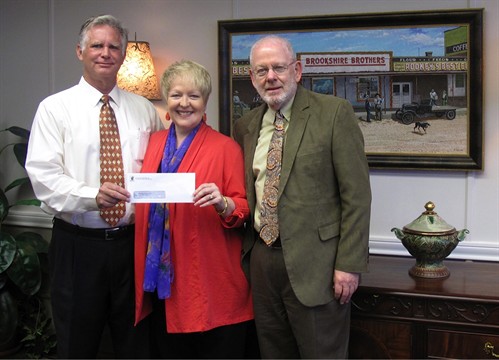 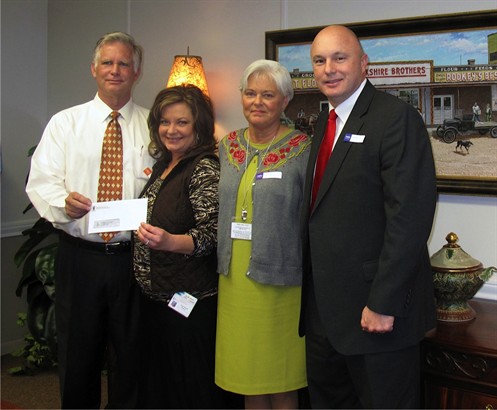 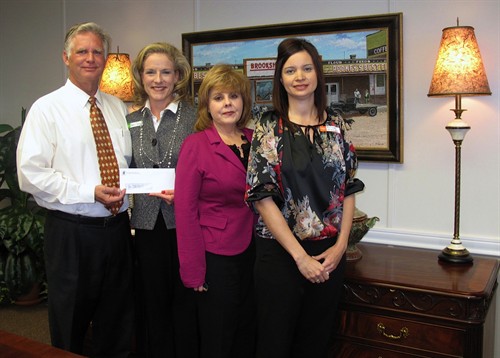 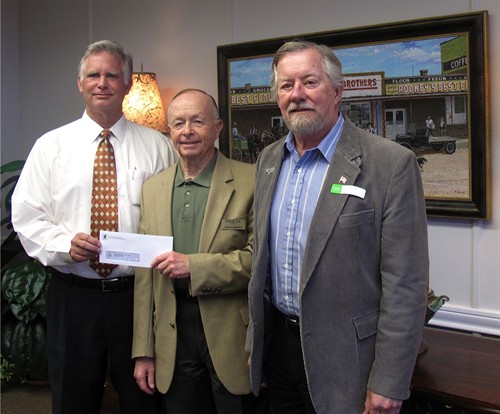 Brookshire Brothers recognizes the FINEST SMALL CITY ZOO IN AMERICA for all it does for families throughout the region. Brookshire Brothers' President and CEO Jerry Johnson is pictured here presenting a check from its Charitable Foundation to Friends of the Ellen Trout Zoo President Dennis Rankin and Zoo Director Gordon Henley.
Tags
Golf Tournament
Charitable Foundation
Donation