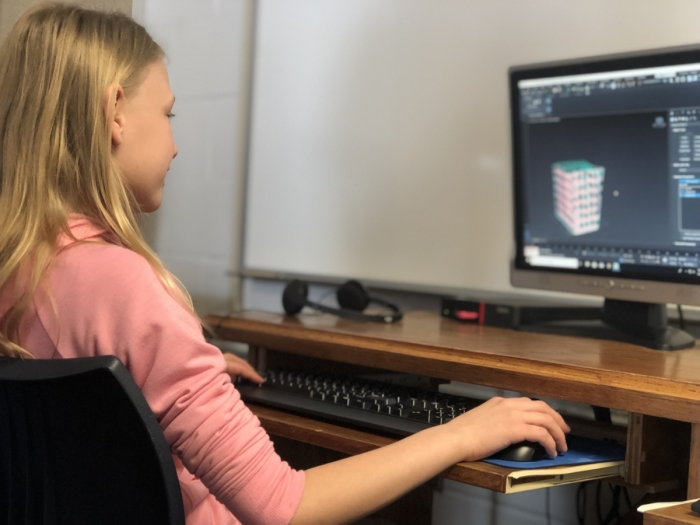 “We recently started to replace our older Vocollect wired headsets with new wireless technology. With the older wired headsets, our operators would keep the computer part of the equipment on a belt or in their pocket. However, because the new technology is wireless, it doesn’t have to be kept on an individual; it just has to be in close proximity,” Jelinek explained. “So, we started looking for something to help store the new technology on the electric transporter. We also needed to find something that would protect the new equipment from getting damaged.”
When Jelinek and his team were unable to find a solution in-store or online, Night Supervisor Mannie Flores stepped up to design a cardboard model that would meet their needs.
“Mannie’s very creative. If he can’t draw it, he’ll build it,” Jelinek says, describing how Flores accounted for all the variables. “He fashioned it to go up underneath the handlebar on the pallet jack so you can stand and drive. It would be out of the way and protected, and it would still make that Bluetooth connection to the headset. You wouldn’t ever have to worry about putting it somewhere where it would fall off; you would just turn it on and go.” 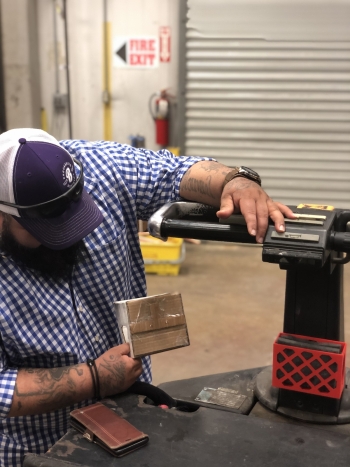 The only question was, how could Flores’s design be manufactured?
“One day I was at church with Chris Smith, a good friend of mine. He pulled something out of his pocket to show me: a plastic nut and bolt. I asked him how he did that and he told me 3D printing—something I’d never seen before,” Jelinek said. “That was on Sunday. On Monday, Flores’s cardboard creation was on my desk and the connection dawned on me.”
Smith introduced Jelinek to Stephan Matheny, a sixth-grade Math and 3D Design teacher at Hudson Middle School. Matheny turned the need into a class project for his students.
“The kids worked on the project for their nine-weeks major project,” Matheny said. “Up until this project, I’ve been very hands-on with helping them every step of the way with their work. This is the first project that I’ve just let them go, and I’ve been very impressed. They’ve actually given me some cool ideas that I would’ve never thought about."
Using an animation software called Autodesk 3ds Max, the students added and subtracted shapes to produce a variety of designs similar to Flores’s original model. Part of the challenge was to also incorporate honeycomb patterns to minimize the amount of material used and keep production costs down.
“It was cool knowing that what we were doing was going to be useful,” said Jenna Ivey, one of the students.
After working through multiple designs, the class produced a prototype that Jelinek took to his operators to test on one of the transporters. According to Jelinek, the feedback was very positive and the people liked it.
“I couldn’t be more impressed by the way our young future took a design out of cardboard, put it onto a USB drive, and had a 3D printer sculpt it right before their eyes,” Flores said after seeing his model come to life as a plastic prototype. “I never imagined that 6thgraders would come to be the heroes that completed this project.”
With only one slight modification for added stability, the Distribution Center is moving forward to outfit all of the transporters with the final product. To show their appreciation, Brookshire Brothers is donating an extra $500 for the school to invest in programs like Matheny’s 3D Design class.
“It’s exciting to know that there are sixth-graders in Hudson who are knocking it out of the ballpark,” Jelinek says. “We appreciate the effort they’ve put in to help us resolve a need on our part.” 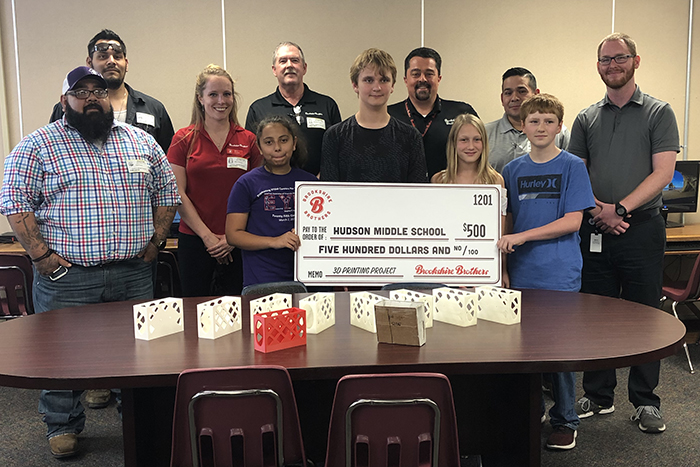 Laughter and joy are spreading in the Newton, Tx Brookshire Brothers. Store Director, Gina Adams, has tear-filled eyes as she explains the opportunity that she and her store has each week. "During the summer, Brad Marshall (teacher) came by and asked what I thought about students from CBI visiting," Adams said. Immediately excited, Adams started thinking of all the activities the students would enjoy. "They are so appreciative of the little things we do for them. They come with warm hearts and hugs... so eager to learn."

So, who are these young people who are visiting? They are students of Community-Based Instruction (CBI); an organization who provides students with real-life, functional experiences in a natural environment during on-site vocational training. Local businesses, such as Brookshire Brothers, serve as an extension of the classroom.

A normal week gets brightened each Tuesday when eight students visit Adams and her staff for 30-45 minutes. They've been able to see the behind-the-scenes workings of our bakery, deli and Subway operations, as well as many other facets of our business. The employees from Store #14 are blessed to visit with the students and see each bright, smiling face. "Even our customers have commented on what it means to them to experience this learning adventure," Adams said.

Stories such as these are the backbone of our company. We appreciate our Store Directors and their committment to customer service, above and beyond. 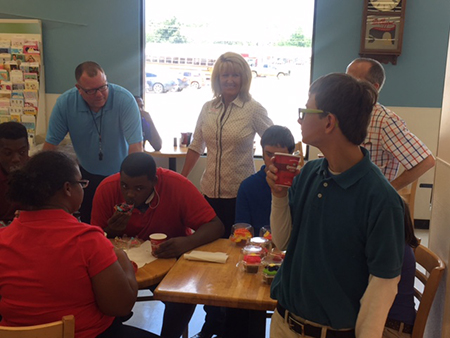 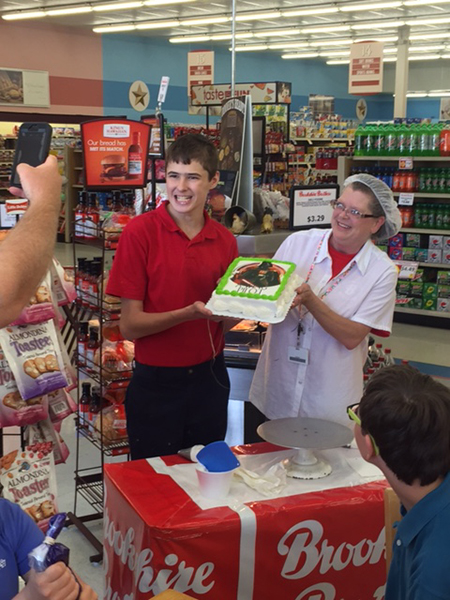