Skip to main content
Cooking With Kate: Hispanic Heritage Month
Hispanic Heritage Month celebrates the long and important presence of Hispanic and Latino Americans in North America – beginning with the Spanish colonial settlement of St. Augustine, Florida in 1565 and continuing through the 1600s, 1700s, and 1800s with the Spanish colonization of Texas, New Mexico, Nevada, Arizona, and the founding of San Francisco in California. As a result, Hispanic and Latino cuisine has heavily influenced American dishes for hundreds of years. This is especially true in the southwest region where tortillas and salsa are as common as sliced bread and peanut butter. Tex-Mex and more traditional Mexican dishes are incredibly popular here in Texas, but many Spanish and South American specialties are virtually unknown. To celebrate Hispanic Heritage Month, I am sharing with you two recipes that you might not know, but you should definitely try!
More to celebrate: October is also National Breast Cancer Awareness Month, and we have 5 recipes perfectly pink for supporting the cause!

In case you missed it: We covered six dishes, four countries, and one kitchen in last year's Celebrating Hispanic Heritage 2017 blog.

Visit your local Brookshire Brothers for all your Hispanic Heritage Month needs!

View other recipes from Kate Rudasill, Coordinator for 1921 Catering by Brookshire Brothers.

Kate knows food. She grew up with the Southern tradition of good food with the hospitality to match.  A graduate of Texas A & M University, a student of The Texas Culinary Academy, and a Nacogdoches, Texas native, Kate’s greatest joy is bringing people together over a scrumptious meal.
POSTED BY Kate Rudasill - Director of Catering
TAGS: recipe, recipes, Hispanic, Hispanic Heritage Month, Cooking with Kate, Kate Rudasill
CATEGORIES: Cooking with Kate
Celebrating Hispanic Heritage 2017

While today marks the last day of National Hispanic Heritage Month, we think this bold and exciting culture is always worth celebrating. At Brookshire Brothers, we continually strive to understand and celebrate other cultures so that we can better serve our communities.  Hispanic heritage is particularly important to us as a company with a richly diverse workforce, as well as a footprint that reaches as far south as Ganado.
As such, we’d like to share six traditional dishes—courtesy of our vendor partner Goya Foods—to take a journey of flavors across the world without ever leaving your home kitchen. With a menu that’s perhaps both familiar and foreign, treat your friends and family to an adventure at your next dinner or gathering. Visit your local Brookshire Brothers to get started today! 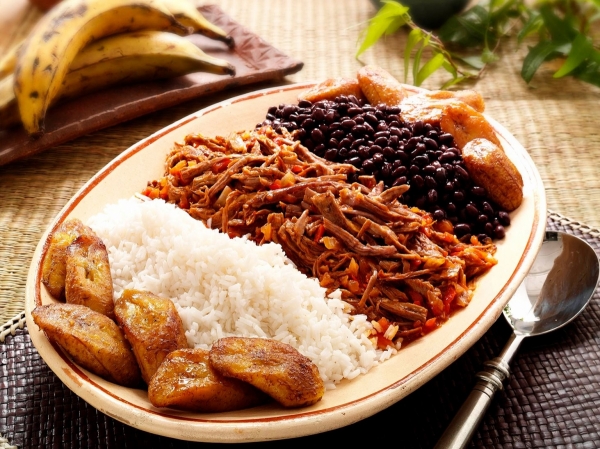 Read more: Travel Argentina by tastebuds with this dessert idea from our catering coordinator Kate Rudasill.

As the holiday season is nearing, we are encouraging our customers and employees to share their traditions. We hope you enjoy the tradition of Las Posadas and encourage your family to participate with us this year!

The Tradition of Las Posadas

The Mexican Posadas is a 9-day Mexican Christmas celebration to recreate the journey that Mary and Joseph took traveling from Nazareth to Bethlehem looking for a warm place to give birth. During the journey, Mary and Joseph are turned away by many but finally come to a home that lets them in. However, in Hispanic cultures, the recreation of the journey is represented by those who attend the Posadas and ask for a 'welcoming' via songs. Traditionally, most begin singing further away from the home and are turned down until they reach the front home. After entering the home, one of the most important things in the celebration is the food that brings people together. Enjoy tamales, empanadas, and all traditional hispanic dishes.

Join us in the celebration of Las Posadas and tell us your Posadas turned out! 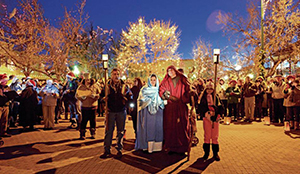 Outside and Inside Sing together: